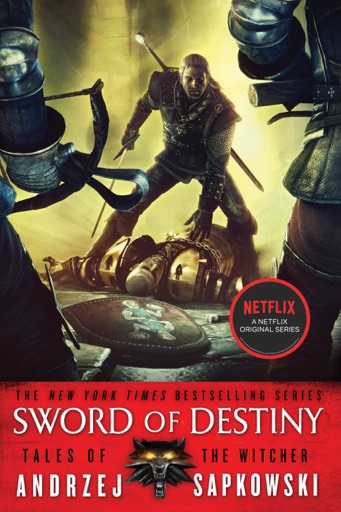 By Andrzej Sapkowski & David A French

Now a Netflix original series!
Geralt the Witcher -- revered and hated -- holds the line against the monsters plaguing humanity in this second collection of adventures in the New York Times bestselling series that inspired the Netflix show and the hit video games.
Geralt is a Witcher, a man whose magic powers, enhanced by long training and a mysterious elixir, have made him a brilliant fighter and a merciless assassin. Yet he is no ordinary murderer: his targets are the multifarious monsters and vile fiends that ravage the land and attack the innocent.

This is a collection of short stories, following the adventures of the New York Times bestseller, The Last Wish. Join Geralt as he battles monsters, demons and prejudices alike...
Andrzej Sapkowski, winner of the World Fantasy Lifetime Achievement award, started an international phenomenon with his Witcher series.
Now, look out for The Tower of Fools, book one of Andrzej Sapkowski's Hussite Trilogy, coming in October 2020!

Witcher collectionsThe Last WishSword of Destiny
Witcher novelsBlood of Elves
The Time of Contempt
Baptism of Fire The Tower of SwallowsLady of the LakeSeason of Storms
The Malady and Other Stories: An Andrzej Sapkowski Sampler (e-only)