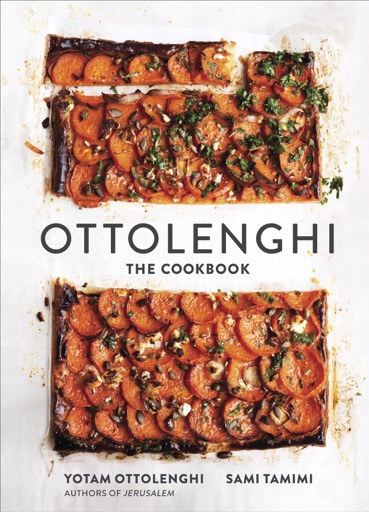 Available for the first time in an American edition, this debut cookbook, from bestselling authors Yotam Ottolenghi and Sami Tamimi of Plenty and Jerusalem, features 140 recipes from the popular Ottolenghi restaurants and inspired by the diverse culinary traditions of the Mediterranean.

This version of Ottolenghi invites you to:
- Shop for ingredients quickly and efficiently. Select the recipes you want to make and generate a combined shopping list, which you can e-mail to yourself or use directly within the book.
- Cook from step-by-step directions. When you’re ready to begin cooking, you can seamlessly switch to landscape mode, which will display the recipe steps in an easy-to-read format that you can see from across the kitchen counter.
- Neatly convert measurements between metric and U.S. units.
- View recipe stories in pop-up windows which you can close after you finish reading them.
- Connect to the authors’ Twitter feeds and tweet back from your own kitchen—without closing the ebook.

Yotam Ottolenghi’s four eponymous restaurants—each a patisserie, deli, restaurant, and bakery rolled into one—are among London’s most popular culinary destinations. Now available for the first time in an American edition and updated with US measurements throughout, this debut cookbook from the celebrated, bestselling authors of Jerusalem and Plenty features 140 recipes culled from the popular Ottolenghi restaurants and inspired by the diverse culinary traditions of the Mediterranean.

The recipes reflect the authors’ upbringings in Jerusalem yet also incorporate culinary traditions from California, Italy, and North Africa, among others. Featuring abundant produce and numerous fish and meat dishes, as well as Ottolenghi’s famed cakes and breads, Ottolenghi invites you into a world of inventive flavors and fresh, vibrant cooking.