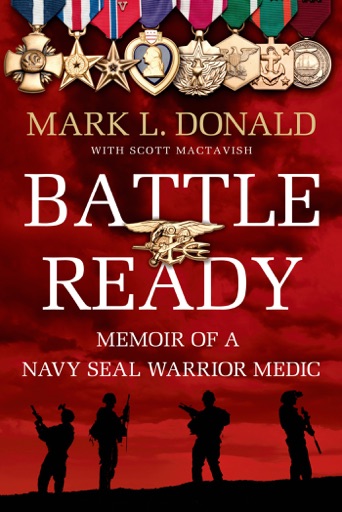 As A SEAL and combat medic, Mark served his country with valorous distinction for almost twenty-five years and survived some of the most dangerous combat actions imaginable.

From the rigors of BUD/S training to the horrors of the battlefield, Battle Ready dramatically immerses the reader in the unique life of the elite warrior-medic who advances into combat with life-saving equipment in one hand and life-taking weapons in the other. It is also an uplifting human story that reveals how a young Hispanic American bootstrapped himself out of a life that promised a dead-end future by enlisting in the military. That new life begins with the Marines and includes his heroic achievements on the battlefield and the operating table, and finally, of his inspirational triumph over the demons caused by Post Traumatic Stress Disorder that threatened to destroy him and his family.