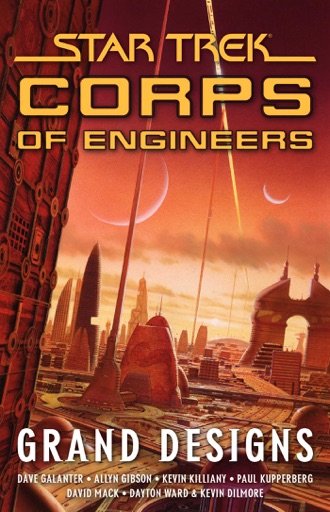 These are the voyages of the U.S.S. da Vinci. Their mission: to solve the problems of the galaxy, one disaster at a time. Starfleet veteran Captain David Gold, along with his crack Starfleet Corps of Engineers team lead by former Starship Enterprise ™ engineer Commander Sonya Gomez, travel throughout the Federation and beyond to fix the unfixable, repair the irreparable, and solve the unsolvable.
Whether it's an artificial planetary ring that was damaged during the Dominion War, an out-of-control generation ship, a weapons inspection gone horribly wrong, shutting down a crashed probe, solving a centuries-old medical mystery, or clearing a sargasso sea of derelict ships, the S.C.E. is on the case!

But the problems they face aren't just technical; Tev must confront the demons of his past, Lense must confront the demons of her present, Gold faces a crisis of leadership on his own ship, and Gomez must lead an away team into the middle of a brutal ground war. Plus the da Vinci crew must find a way to work with their Klingon counterparts in a deadly rescue mission.