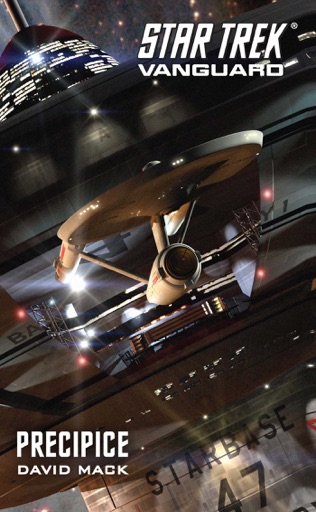 Operation Vanguard is in chaos.

On a post-apocalyptic world in the Taurus Reach, undercover Starfleet Intelligence agent Cervantes Quinn finds an ancient Shedai conduit. Unfortunately, the Klingons have found it first and sent an army to claim it.

Light-years away on Vulcan, reporter Tim Pennington answers a cryptic call for help and ends up stalking interstellar criminals with an unlikely partner: T'Prynn, the woman who sabotaged his career and is now a fugitive from justice.

Meanwhile, Diego Reyes, former commander of Starbase 47, lives as a prisoner aboard a Klingon starship. But his former enemies aren't seeking revenge. In fact, the only man who knows why Reyes is still alive is the one who arranged his kidnapping and faked his death -- the enigmatic Councilor Gorkon.

All their fates, as well as the futures of three great powers, are linked by one thing: the mysterious Mirdonyae Artifact. And unless Doctor Carol Marcus and Ming Xiong can unlock its secrets in time, it might destroy them all.