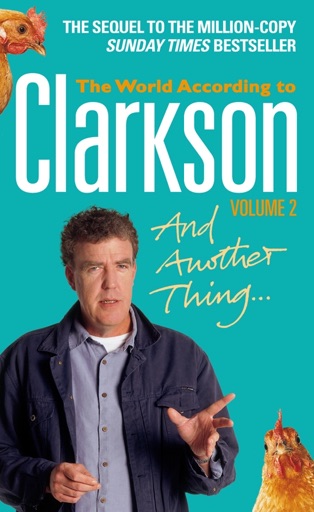 In And Another Thing... the outspoken and outrageous presenter Jeremy Clarkson, shares his opinions on just about everything.

Jeremy Clarkson finds the world such a perplexing place that he wrote a bestselling book about it. Yet, despite the appearance of The World According to Clarkson, things - amazingly - haven't improved. Not being someone to give up easily, however, he's decided to have another go.

In And Another Thing... the king of the exasperated quip discovers that:

• Bombing North Carolina is bad for Yorkshire
• We can look forward to exploding at the age of 62
• Russians look bad in Speedos. But not as bad as we do
• Wasps are the highest form of life

Thigh-slappingly funny and in your face, Jeremy Clarkson bursts the pointless little bubbles of the idiots while celebrating the special, the unique and the sheer bloody brilliant...

'Brilliant . . . laugh-out-loud' Daily Telegraph
'Outrageously funny . . . will have you in stitches' Time Out

Number-one bestseller Jeremy Clarkson writes on cars, current affairs and anything else that annoys him in his sharp and funny collections. Born To Be Riled, Clarkson On Cars, Don't Stop Me Now, Driven To Distraction, Round the Bend, Motorworld and I Know You Got Soul are also available as Penguin paperbacks; the Penguin App iClarkson: The Book of Cars can be downloaded on the App Store.

Jeremy Clarkson because his writing career on the Rotherham Advertiser. Since then he has written for the Sun and the Sunday Times. Today he is the tallest person working in British television, and is the presenter of the hugely popular Top Gear.