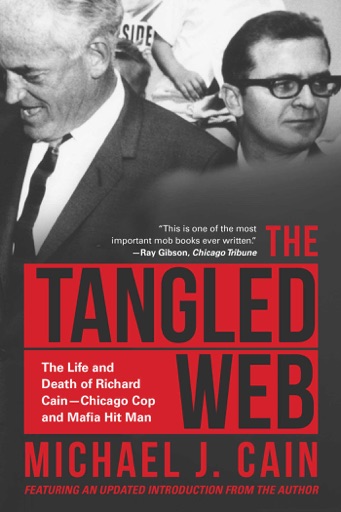 The Tangled Web tells the dramatic story of Detective Richard Cain, the man the FBI described as “possibly the most corrupt police official in the history of Chicago.” Cain led double life—at once a chief investigator and a “made” man, both a detective who led raids on gambling rings and a soldier carrying out hits for Mafia bosses. Using years of research, interviews, family anecdotes, and rare documents, Michael Cain creates a comprehensive and compelling biography of his half-brother. This edition features an all-new introduction by the author. In a story that reads like the plot of Martin Scorsese’s The Departed, Cain played both ends against the middle to become a household name in Chicago and a notorious figure in both the Mob and the world of Chicago law enforcement. Before his execution by shotgun in Rose’s Sandwich Shop, Cain’s legend would grow to the point of rumored involvement in the assassination of John F. Kennedy and the FBI’s plot to assassinate Fidel Castro. Filled with fascinating and until-now unknown facts, The Tangled Web tells the full story of this one-man crime wave.