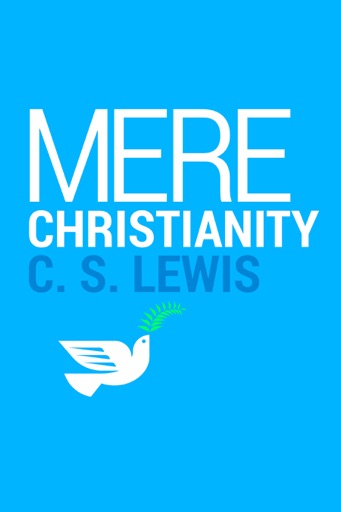 MERE CHRISTIANITY has sold millions of copies worldwide in over half a century. It is one of the most popular introductions to the Christian faith ever written. This classic brings together C. S. Lewis's legendary broadcast talks from the war years in which he set out to simply "explain and defend the belief that has been common to nearly all Christians at all times." By rejecting the many boundaries that has been dividing Christianity’s many denominations for centuries, Lewis provides an unparalleled opportunity for both believers and unbelievers alike to hear a powerful, rational case for the Christian faith. This book is a collection of sparkling brilliance that is strikingly fresh for the modern reader and at the same time confirms C. S. Lewis’ reputation as one of the foremost writers and thinkers of all time.

“If wit and wisdom, style and scholarship are requisites to passage through the pearly gates, Mr. Lewis will be among the angels.”
- THE NEW YORKER

“Lewis is the ideal persuader for the half-convinced, for the good man who would like to be a Christian but finds his intellect getting in the way.”
- NEW YORK TIMES BOOK REVIEW

“It is not surprising that Lewis’s time-proven views are still flourishing while most other mid-20th-century works are nearly neglected.”
- WALL STREET JOURNAL

“C. S. Lewis understood, like few in the past century, just how deeply faith is both imaginative and rational.”
- CHRISTIANITY TODAY

You deserve to immerse yourself into this timeless classic with the best digitally published version!