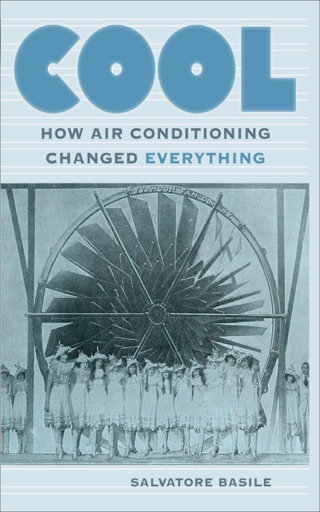 The air conditioner is often hailed as one of the modern world’s greatest inventions—yet nearly as often blamed for global disaster. It has changed everything from architecture to people’s food habits; saved countless lives, and caused countless deaths. First appearing in 1902, when Willis Carrier, an engineer barely out of college, developed the “Apparatus for Treating Air,” everyone assumed it would instantly change the world. But the story of air conditioning and its rise to ubiquity is far from simple.

In Cool, Salvatore Basile tracks two fascinating stories: the struggle to perfect an effective cooling device, and the effort to convince people that they actually needed such a thing. With a cast of characters ranging from Leonardo da Vinci to Richard Nixon and Felix the Cat, Cool showcases the myriad reactions to air conditioning as it was developed and introduced to the world. Here is a unique perspective on a common convenience: how we came to rely on it today, and how it might change radically tomorrow.