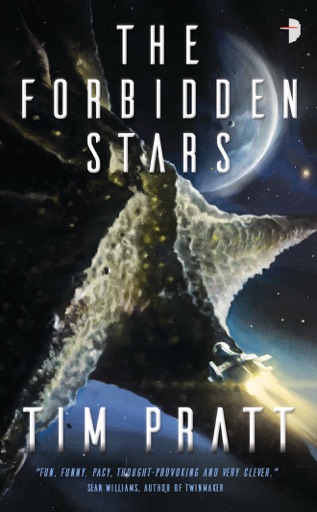 The ancient alien gods are waking up, and there's only one spaceship crew ready to stop them, in this dazzling space opera sequel to The Wrong Stars and The Dreaming Stars.

Aliens known as the Liars gave humanity access to the stars through twenty-nine wormholes. They didn’t mention that other aliens, the ancient, tyrannical – but thankfully sleeping – Axiom occupied all the other systems. When the twenty-ninth fell silent, humanity chalked it up to radical separatists and moved on. But now, on board the White Raven, Captain Callie and her crew of Axiom-hunters receive word that the twenty-ninth colony may have met a very different fate. With their bridge generator they skip past the wormhole, and discover another Axiom project, fully awake, and poised to pour through the wormhole gate into all the worlds of humanity…