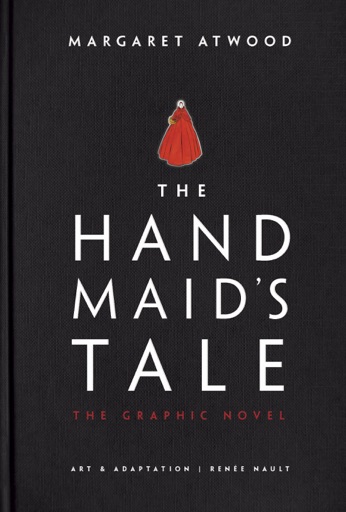 The stunning graphic novel adaptation • A must-read and collector’s item for fans of “the patron saint of feminist dystopian fiction” (New York Times).

Look for The Testaments, the sequel to The Handmaid’s Tale, coming September 2019.

In Margaret Atwood’s dystopian future, environmental disasters and declining birthrates have led to a Second American Civil War. The result is the rise of the Republic of Gilead, a totalitarian regime that enforces rigid social roles and enslaves the few remaining fertile women. Offred is one of these, a Handmaid bound to produce children for one of Gilead’s commanders. Deprived of her husband, her child, her freedom, and even her own name, Offred clings to her memories and her will to survive.

Provocative, startling, prophetic, The Handmaid’s Tale has long been a global phenomenon. With this beautiful graphic novel adaptation of Margaret Atwood’s modern classic, beautifully realized by artist Renée Nault, the terrifying reality of Gilead has been brought to vivid life like never before.