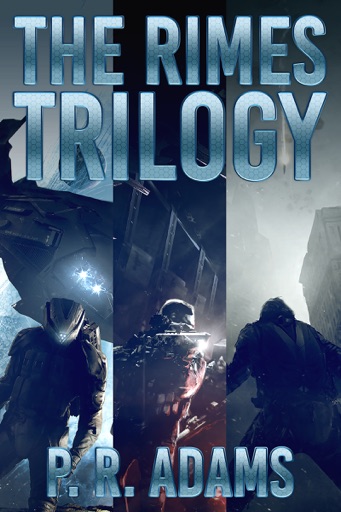 How does an honorable man survive in a corrupt world?

Jack Rimes is a good person caught up in a grim and dark future where galaxy-spanning corporations exert terrible influence over governments. Technology improves the lives of the elite, but things have never been worse for the average person. The options are limited for those who still live on an Earth devastated by economic, industrial, and ecological calamity. Those desperate enough flee to the colony worlds. Anyone looking for a chance at something more than abject poverty pursue a military career.

Rimes is a Commando, a special forces operator who does the dirty work to maintain a fragile global peace, but the strain on his family is devastating. His rise through the ranks only exposes him to more of the dark secrets kept from the general populace. Now collected into a boxed set, the trilogy is an introduction into a gripping universe.

Buy The Rimes Trilogy now, and step into this intriguing universe!