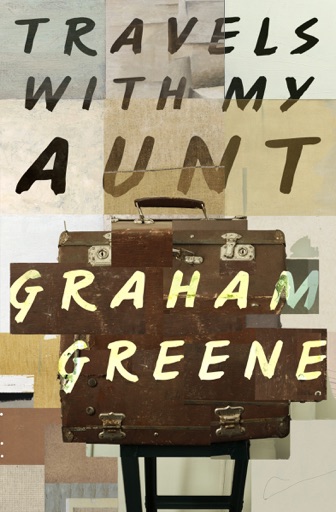 Travels with My Aunt

A retired London bank manager is yanked out of the suburbs by his eccentric aunt for a “cheerfully irreverent” romp across Europe (The Guardian).

Now that the dullish Henry Pulling has left his job with an agreeable pension and a firm handshake, he plans to spend more time weeding his dahlias. Then, for the first time in fifty years, he sees his aunt Augusta at his mother’s funeral. Charging into her seventies with florid abandon, not a day of her life wasted, and her future as bright as her brilliant red hair, Augusta insists that Henry abandon his garden, follow her, and hold on tight.

With that, she whisks her nephew out of Brighton and boards the Orient Express bound for Paris and Istanbul, then on to Paraguay, and down the rabbit hole of her past that swarms with swindlers, smugglers, war criminals, and rather unconventional lovers. With each new stop, Henry discovers not only more about his aunt and her secrets but also about himself as well.

Pulsing with “the tragic and comic ironies of love, loyalty and belief” Graham Greene’s deceptive lark of novel was made into the 1972 film starring Maggie Smith (The Times, London).