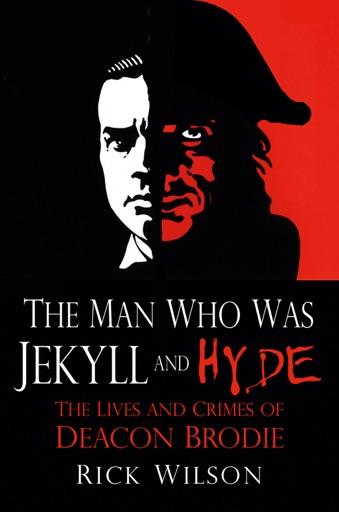 The Man Who Was Jekyll and Hyde

The chilling tale of one of Scotland's most infamous villains, including new details and previously unpublished information
He was a respected cabinet-maker and councilman by day—but Deacon William Brodie changed into a sinister, thieving monster when darkness fell on the old city of Edinburgh. Cleverly employing his respectable reputation to access the richest members of society before stealing from them as a masked burglar, he used the resulting illicit money to fund yet another life—with five children and two mistresses. But Brodie—whose chilling story inspired Robert Louis Stevenson to create the classic tale of Dr. Jekyll and Mr. Hyde about a century later—came fatally unstuck when a captured accomplice informed on him. Then neither his ill-gotten gains nor his steel collar designed to cheat the hangman could save him. Author Rick Wilson offers a warts-and-all biography of Brodie, from his relatively innocent young years through to his public disgrace and execution—hanging on the very gallows he conceived himself.

Video Review The Man Who Was Jekyll and Hyde - Rick Wilson